If you are considering upgrading to a feature-rich and scaleable hosted VoIP phone system, then you will obviously want to know if you can use your existing phones, or if you need to purchase new phones. As with many questions of this nature, the answer is “it depends.” Before exploring this further, it will be helpful to quickly and simply look at how VoIP works.

One of the most beneficial things about VoIP is that it does not need its own separate telecommunications infrastructure. Instead, it “piggy backs” on your existing IP network — which is the one that you currently use to send and receive email and connect to the web. VoIP protocols convert voice signals into data packets, which are then transmitted across the IP network just like any other type of media, such as a document or a picture.

The Answer is YES When… 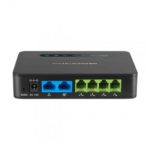 The Answer is NO When…

As you can guess, you will not be able to use your existing phones with VoIP if they are not compatible with a VoIP adapter.

In addition, some conventional telephone companies use proprietary hardware, for the basic reason that they want to force customers to use their services — i.e. there is no design requirement whatsoever for their hardware to be propriety. If your phones are proprietary, then you cannot use them with VoIP. 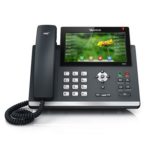 If either of the above scenarios apply to you, then you will need to purchase IP phones. The good news is that IP phones are very affordable, and they are built to work with VoIP. The telecommunications savings you enjoy in the first year alone with a VoIP phone system should more than offset any up-front hardware costs that you initially incur. 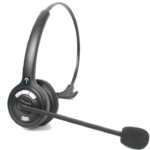 In addition to conventional or IP phones, you can also use softphones with a hosted VoIP phone system. Softphones allow your employees to make and receive calls (and use other system features, like SMS chat) through a web-based app on their desktop computer. To use softphones, you would simply need to purchase inexpensive plug-and-play headsets. 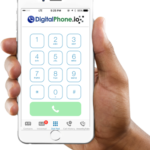 And of course, your employees can install a free mobile app (iOS and Android) on their smartphones, and make or receive calls using the hosted VoIP phone system from wherever they are. Outgoing calls display your business’s caller ID information, not the name/number of whoever happens to own the smartphone if it is not corporately supplied.

To learn more, contact us today to schedule your free, live guided demo of our hosted VoIP phone system. We can deliver the demo in-person or through the web. Call us at (336) 544-4000.

10 Reasons NOT to Choose Google Voice for Your Business

Quote of the Day

Carolina Digital Phone has A+ Business with Better Business Bureau